Clara had an accident about two years ago.  She had slipped on the ice in her driveway,  fallen and as a result, gotten a concussion. She then struggled with post-concussion syndrome, enduring neck pain, headaches and awful vertigo spells. She took lots of time and effort in going to multiple doctors trying to get help, including a neurologist.

She had the necessary tests which showed no permanent damage. Yet, the vertigo spells, awful and scary, lingered. She tried physical therapy and this finally brought her relief. But this entire episode left her feeling changed in some way. She felt more vulnerable than she used to feel in her youth. She was surprised at the awful intensity of the vertigo and how horrible it is to have the room spinning around. She worked with a trainer to create a modified routine that wouldn’t activate her vertigo. As she healed, although Clara continued her regular work routine, she found she avoided doing some things and lived with a generally diminished feeling about her capacities.

Clara was also managing her mother’s move to into assisted living. She was saddened and alarmed as she watched her mother slowly lose her ability to manage her own affairs. She caught a few mistakes in her moms checkbook and noted that there was bad food in the refrigerator. It was difficult to move her mom into assisted living, as she did not go willingly. Clara felt guilty about not being up to the task of having her mother live with her. Clara had tremendous conflict about this, and often talked to her husband about this. The staff at the facility discussed this with her as well, and outlined the enormity of her mother’s needs, including bathing and 24 companionship, as she was beginning to wander and become lost.
On top of these personal life events, the TV was filled with bad news.  About eight months ago, there had been another  mass shooting in another state at another school eight months ago. Clara knew one of the families involved as they had moved from her community to the other state. Clara kept in touch via Facebook with her former neighbor. Her friend’s child wasn’t hurt, but some classmates were actually killed by a shooter with a high capacity assault weapon. It was horrific. As she heard the news, Clara left as if she was in tunnel, and the voices form the TV set seemed far away. She had a sense she was flowing above her body and yet her feet and hands felt cold at the same time. Clara mourned along with her friend and participated in the outrage shared by many Americans.
Clara was surprised that, instead of a blanket compassionate response from her community,  there was a group in her own community that was more sympathetic with the National Rifle Association (NRA) than the children’s families. She was disturbed as the American President responded with empty rhetoric, and that American politics seemed more concerned with wealthy donors.
Clara has had trouble processing what she believes the world should be like and what the world is actually like at this moment.
Clara began to feel anxious and sometimes weepy. But she felt generally ok. But she felt like she had a pit in  her stomach alot, sometimes felt nauseous, and would jump at loud noises.

And then the unthinkable happened. Two months ago, a threat was called in to the  elementary school attended by Clara’s son.  The police responded by locking down the schools, posting armed officers at the schools, issuing warnings to the community to stay indoors and investigating the threat. The threat turned out to be false. The administration and the teachers had shielded the younger students from negative information and Clara’s son was mostly unaware.

During the lockdown, Clara waited at home, anxiously watching the local news for information. She called her husband at work, her sister in another state, and some other moms in the community to share during the anxious wait-time. When she got the word that it was a false report, Clara was relieved, but the incident left Clara quite shaken up, as were the parents and residents in the community.

It’s been three months since the lockdown and Clara came into my office. She says she feels on edge and anxious.  She says she has been weepy. She has disturbing dreams and wakes up one or two times a week in emotional distress, sweating and feeling like she needs to run away. Her neck feels very tight. She reports that she forgot to turn her car off one night and discovered it still running the next morning. Luckily, it was parked outside the garage and not in the garage generating carbon monoxide into the house. She is having trouble feeling like life is colorful and joyful and often feels like the world is grey. She finds herself getting angry over small things and blaming others for small incidents. She sometimes has a strong visceral feeling that she sitting and watching herself wait during that day of lockdown.
Clara is feeling helpless and more immobilized on a daily basis. She would watch cable news for hours a day. The relentless, emotional rhetoric of cable news was emotionally addicting.  Clara runs her own business as an accountant for several small businesses in her area. She has been letting the work pile up, then she’d have to rush to get things done for her clients, staying up until 2 or 3 in the morning several nights in a row.  She was tired, so she stopped taking her morning walks with her dog after her son went to school. As she watched him get one bus, Clara would be gripped by anxiety and she’;d have butterflies in her stomach.
Although Clara is feeling anxious, as a trauma therapist, I would see her emotional experiences as fitting much of the constellation of symptoms of post-traumatic stress disorder (PTSD).  PTSD can occur from one larger life event (referred to as large “T” trauma) or from an accumulation of smaller events (referred to as small “t” traumas).  Clara is suffering from an accumulation of several stressful life events.
She was was exposed to personal medical trauma in the form of a fall, a concussion and what she experienced as traumatic was the helplessness and fear of vertigo. She has lingering emotional distress from the incapacity she experienced. The stress of realizing her mother needed to be taken care of 24 hours a day as the extended of her dementia was revealed is a major life stress which is ongoing. The news of her friend’s child being exposed to violence and death was a removed witnessing of life threatening events. Her worldview is challenged as she notices the differing reactions of people whom she thought she knew choosing the right to own assault weapons over a safer community shocks her. And then the false alarm where her son may have been endangered and the entire community is sent into fear and lockdown was too much for her overloaded nervous system to process.
Clara then suffered from the constellation of symptoms that are associated with trauma: the embodied flashbacks to the day of lockdown, depersonalization, anxiety, fear, depression, irritability, helplessness, worthlessness, the loss of the sense of “who I am,” the loss of the sense of safety, the body feelings of illness, the nightmares…all of these combined form a picture of PTSD, not “just” anxiety.
I would recommend that Clara see her primary care physician just for a check up on her physical symptoms to rule out anything that needed medical attention and also that she see a psychiatric nurse practitioner or psychiatrist for an assessment for medication that can help her symptoms until they resolve.

For psychological treatment, I would begin with  education about the biological basis of PTSD so as to normalize the symptoms/reactions so that Clara could start to let go of secondary shame about her  reactions (self-compassion comes with understanding). Encourage Clara to accept that PTSD is part of a range of normal human behaviors and that there is treatment available.

Some self-regulating tools I would encourage Clara to use are:   mindfulness to stay in the moment while experiencing flashbacks or strong emotion, DBT emotional management exercises  (such as STOP skill, Comfort Kit skill), journaling 15 minutes in the morning and evening everyday for several months,  yoga, bodywork, and exercise.

Treatment options in the therapy room would include Somatic Experiencing®, EMDR and craniosacral work.

Books that I recommend about the topic of PTSD are: 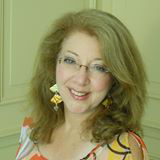